This is a list of all supporting characters who make a significant and/or recurring appearance throughout the game. 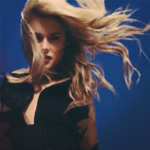